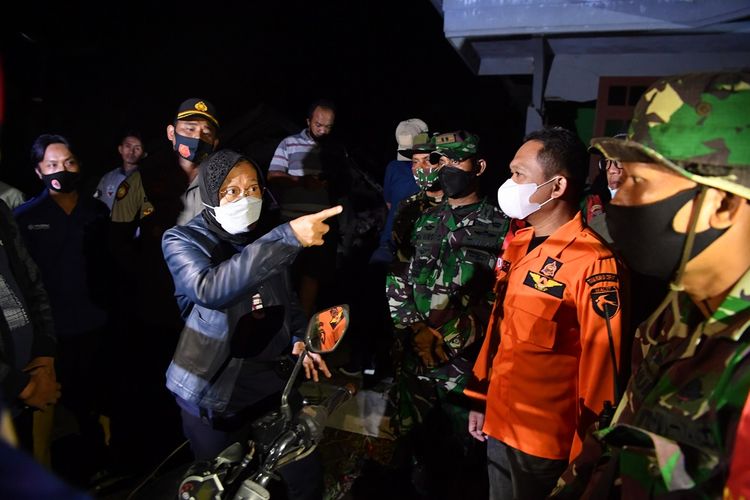 KOMPAS.com - A 6.1-magnitude earthquake hit off the coast of Indonesia’s East Java on Saturday, April 10, killing eight people including a couple whose motorcycle was hit by falling rocks, and damaging more than 3,000 buildings.

Head of Meteorological, Climatology and Geophysics Agency or BMKG Daryono noted that the earthquake was traced to a depth of 25 kilometers offshore the town of Kepanjen in Malang regency.

“The earthquake was caused by friction between the Indo-Australian and Eurasian tectonic plates. The tremors would have caused a tsunami if it occurred at lower depths or higher magnitudes, but that did not happen,” Daryono said.

"Hopefully this assistance can ease the burden. On behalf of the government, I would like to express my deep sorrow, and I hope you can be patient. And this difficult time will end soon and we can continue our life," said Risma on Monday, April 12.

6.2-Magnitude Quake Hits Off Indonesia's Sumatra:...
Comments
There are no comments
Comment wisely and responsibly. Comments are entirely the responsibility of the commentator as regulated in the ITE Law
Thank You! We have received your report. We will remove comments that conflict with the Community Guidelines and the ITE Law.