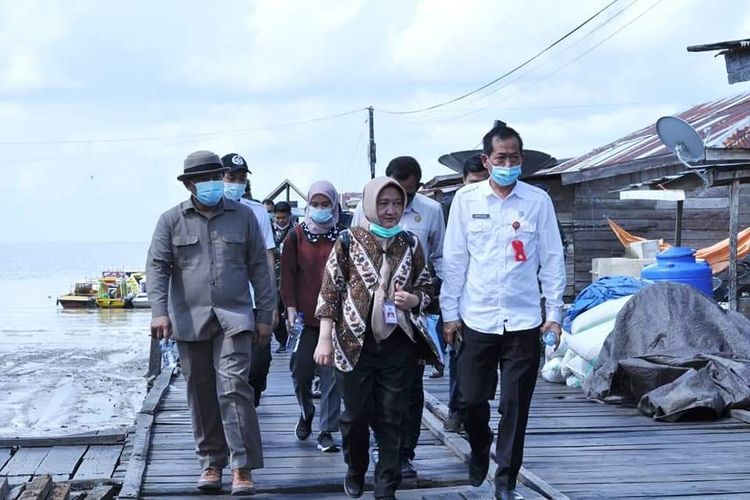 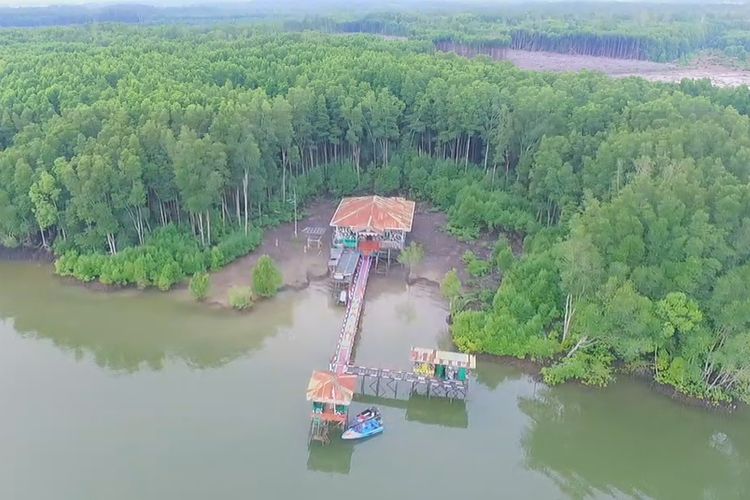 NUNUKAN, KOMPAS.com - Indonesia is particularly focusing on its border with Malaysia along the estuary of the Sei Ular river in North Kalimantan province's Nunukan regency, after Malaysian authorities repeatedly nabbed Indonesian nationals for illegally crossing the border.

"[BNPP] are cooperating on an inter-agency, as well as on the transnational level to resolve the issue of illegal crossings," said BNPP Assistant Deputy for Maritime and Air Borders Siti Metrianda.

"BNPP and the Ministry of Foreign Affairs will coordinate with Malaysian and Indonesian maritime forces, as well as the Indonesian Consulate in Tawau, Malaysia. We will mitigate the number of border crossings whle we resolve the roots of this complex problem."

Siti hoped the Indonesian consulate in Tawau can explain to Malaysian authorities that the border crossings are a misunderstanding.

"The shallower part of [Sei Ular] is on the Indonesian side of the border, while the deeper end of the estuary is in Malaysia. The tide naturally goes with the deeper water, leading travelers to the Malaysian side," Siti added.

"These geographic factors should be taken into consideration by Indonesian and Malaysian maritime security personnel."

Siti noted that the North Kalimantan provincial administration and BNPP personnel in Nunukan have sound procedures to prevent Indonesian travelers on the estuary from getting caught by their Malaysian counterparts.

"The Indonesian authorities limited boat traffic on the river from 7 am in the morning to 5 pm in the evening, local time. Outside these hours, motorists must request for an escort from maritime security forces, such as the Navy and water and air police unit (Pol Airud)," Siti said.

BNPP also fully supports the building of a monitoring post in Sei Ular. "The monitoring post is a good solution, because it can prevent Indonesian citizens from involuntarily straying to the Malaysian side [of Sei Ular]," she asserted.

However, Siti noted that the path of least resistance is best taken for Indonesian nationals who run into Malaysian authorities at the border. "If one came into contact with Malaysian border patrols, do not try to flee," she explained.

"Doing so will make them suspicious and trigger a chase. So it is best to be accompanied by the [Indonesian] authorities, or if that is not possible, stay put and explain one's situation."

Navigating nature and politics on the Sei Ular

The Sei Ular waterway is divided between Malaysia and Indonesia. The lack of border markers make Indonesians navigating the estuary unaware that they entered Malaysian territory, particularly at night.

Their navigational error led them to Malaysian authorities, who would then arrest them for illegally crossing the border.

The last incident of a border crossing occurred on February 10, when the Malaysian Police or Polis Diraja Malaysia's General Operations Force (Pasukan Gerakan Am) arrested eight peope from Nunukan locals for illegally crossing to Malaysia.

Indonesian authorities in Nunukan ordered speedboat operators to have complete documents and GPS from Android smartphones before they can navigate the river.

They also banned people from plying the Sei Ular at night, except for emergencies. Even for the latter, they urged that the traveler be escorted by Indonesian maritime personnel.

Nunukan's inhabitants, among them fishermen and boatmen ferrying passengers and goods, have made Sei Ular their source of livelihood, as does their counterparts over the border at the city of Tawau in the Malaysian state of Sabah.