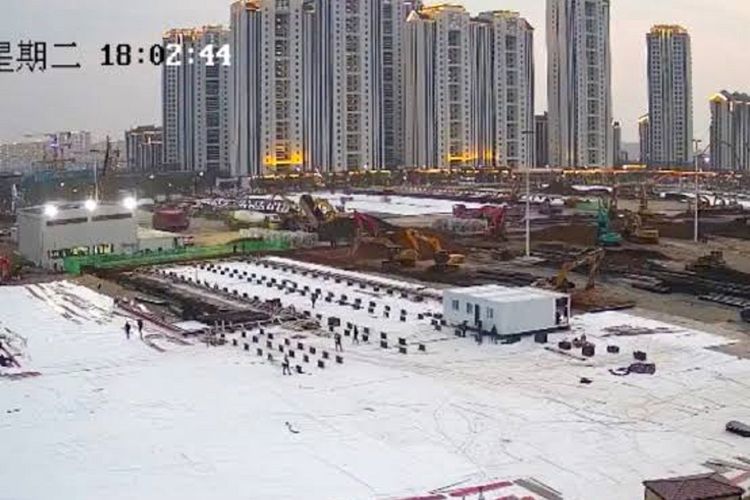 KOMPAS.com – A team from the World Health Organization (WHO) is scheduled to arrive in China Thursday to investigate the origins of the Covid-19 pandemic.

It was not immediately clear whether the team would be traveling to the central Chinese city of Wuhan where coronavirus was first detected in late 2019.

Negotiations for the visit have long been underway.

He said members of the international scientific team had already started their journey from their home countries to China as part of an arrangement between the WHO and Beijing when China informed the organization it was not ready for their arrival.

China’s Government has strictly controlled all research at home into the origins of the virus, while state-owned media have played up fringe theories that suggest the virus could have originated elsewhere.

The culture of secrecy is believed to have delayed warnings about the pandemic, blocked the sharing of information with the WHO and hampered early testing.

Some countries have called for an investigation into the origins of the virus, prompting angry responses from Beijing.

After Tedros’ statement, China’s Foreign Ministry said the country was open to a visit by WHO experts, but it was still working on “necessary procedures and relevant concrete plans.”
China’s disease experts were busy with multiple small-scale virus clusters and outbreaks that had been reported in the past couple of weeks, ministry spokesperson Hua Chunying said.

Delta Plus Covid Variant Not Detected...
Comments
There are no comments
Comment wisely and responsibly. Comments are entirely the responsibility of the commentator as regulated in the ITE Law
Thank You! We have received your report. We will remove comments that conflict with the Community Guidelines and the ITE Law.