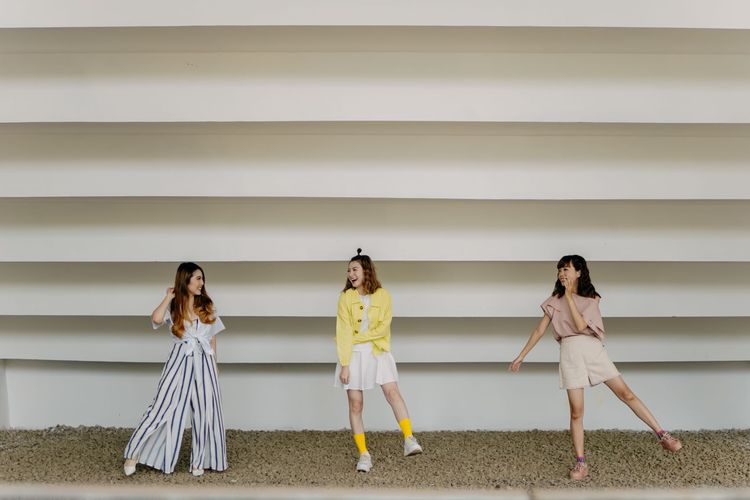 Lihat Foto
It might seem unusual, but one of the fun things to do in Jakarta is to find some ?Instagrammable? places for enhancing your social media feed.(SWEETESCAPE/REZA ADIGRAHA) JAKARTA, KOMPAS.com – It might seem unusual, but one of the fun things to do in Jakarta is to find some ‘Instagrammable’ places for enhancing your social media feed.

When it comes to photography, the common perception is to take photos of objects and in the past, photos of people were often taken during weddings or celebrations.

The introduction of social media has changed the approach to photography and improving one’s social media feed has become a lifestyle of the urban class of Jakarta.

CEO and Founder of SweetEscape David Soong said that social media has turned mundane activities into special moments worth capturing through good photography.

He added that in his 20-year experience as a photographer, photo-worthy moments are no longer limited to large events.

Traveling is one recreation to escape the stresses of daily life and the activity itself is incomplete without a photo or two.

While the packed Indonesian capital city might appear like a far distance call as an Instagrammable place, there is a range of places that make it possible.

If you are out of things to do in Jakarta, try visiting these places listed below.

Jakarta’s Aquatic Stadion is located at the very center of Indonesia’s capital city and was used during the Asian Games.

The venue is dominated by touches of white and is overall a magnificent building making it one of the unlikely Instagrammable places in Jakarta.

Situated near the Chinatown district of Central Jakarta, this legendary venue has been revamped into modern-day Chinese architecture making it one of the city's handful of Instagrammable places.

As such, it has become easier to get several nice shots for your Instagram feed. Photos using a professional camera are forbidden, but mobile phone photography is allowed at this historical site in Jakarta.

Visiting the Old City is a classic recreation when it comes to finding things to do in Jakarta.

With the right poses and camera angles, you can make some serious photo magic at this iconic and historical site in Jakarta.

Past influences from the Dutch colonization era are present throughout Jakarta’s Old City and has become one of the most important elements in driving in visitors to the area.

Hotels and accommodations in Jakarta

Numerous hotels have sprouted all across Jakarta and many boast fascinating architectural designs making it a photo-worthy spot.

You can take some incredible photos at hotel lobbies, but you can also explore other parts of any hotel to uncover some Instagrammable places.

A handful of accommodation providers in Jakarta allow their guests to take photos on the rooftop which allows you to capture photos with incredible views of Indonesia’s capital city.

Stop By Pecenongan for a Mouthwatering Adventure in Jakarta