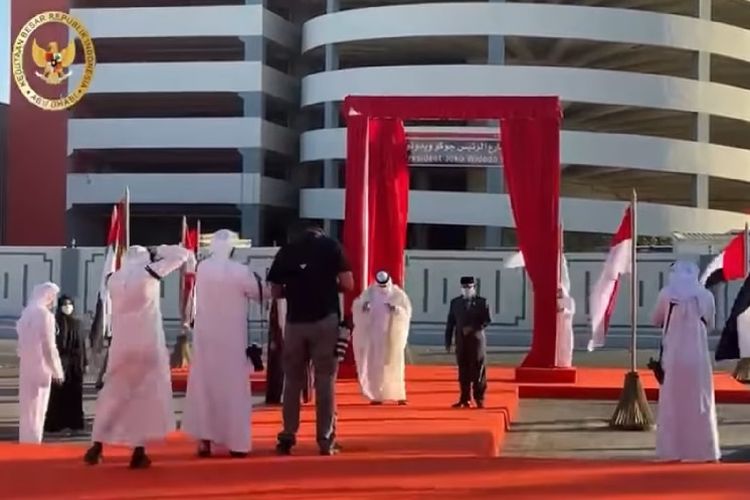 JAKARTA, KOMPAS.com – President Joko Widodo is the latest Indonesian figure to gain iconic status overseas, after the United Arab Emirates (UAE) named a street after him in Abu Dhabi.

“The naming of the street after President Jokowi reflects Indonesia’s close ties with UAE. It also pays tribute to his role in furthering those ties,” Indonesian Embassy spokesman Nur Ibrahim said in a press statement on October 20.

“I hope the naming of the street after President Joko Widodo will bolster bilateral Indonesian-UAE ties,” Ambassador Husin said. The thoroughfare was previously known as Al Ma’arid Street or Exhibition Street.

Straddling between Rabdan and Tunb Al Kubra streets, the thoroughfare is located between the Abu Dhabi National Exhibition Center and the Embassy Area. He added that President Jokowi is the latest Indonesian figure to be honored overseas by having a street named after them in foreign cities.

"Prior to President Joko Widodo Street [in Abu Dhabi], there was a Sukarno Street in Rabat, [the capital of] Morocco], a Mohammad Hatta Street in Harleem, the Netherlands, Raden Adjeng Kartini Street in Amsterdam and a Munir Street in the Hague.”

Indonesia recently collaborated with the UAE to manufacture a Covid-19 vaccine.

The joint initiative between Indonesian…

President Jokowi Inaugurates Muhammad Ali as...
Comments
There are no comments
Comment wisely and responsibly. Comments are entirely the responsibility of the commentator as regulated in the ITE Law
Thank You! We have received your report. We will remove comments that conflict with the Community Guidelines and the ITE Law.