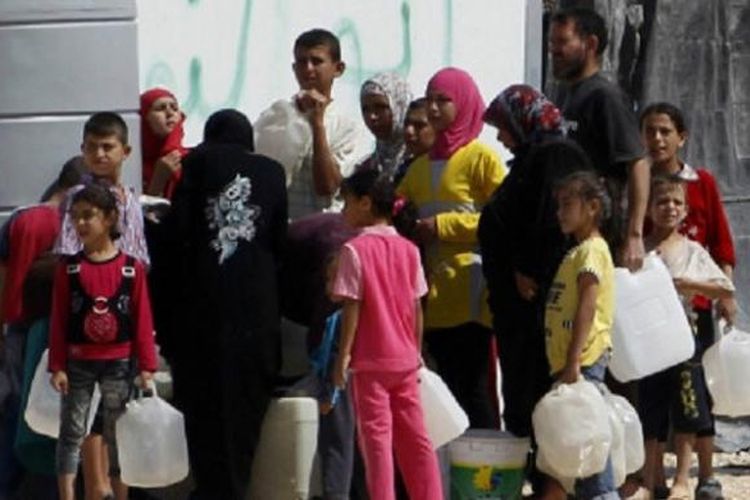 The Syrian opposition has rejected any allegations the abuses were "systematic", and said it has referred the matter to its judicial authorities.

Another Syrian refugee, Salima Mohammad, has almost entirely given up on the idea of returning to her village.

The 42-year-old brought stones and mud to build a kitchen near her tent to cook for her 14-member family.

"Our village was torched," she said, her eyes welling up. "Even if we had hopes of returning, where would we go if there aren't any houses, or walls, or doors, or windows?"

Mohammad said she has not yet adapted to life in the camp where she is joined by other refugees from Syria.

"What meaning does the future have if we are not beside our families on our own land?" she asked.

The sentiment is shared by 65-year-old Qamra Ali, who was displaced with her family from the countryside of Ras al-Ain last year.

Her grandchildren sitting around her, the elderly woman rummaged inside a small bag and pulled out a key on a thick black shoelace.

"I brought my house key with me," she said. "If I die before I return, I want to be buried with it."