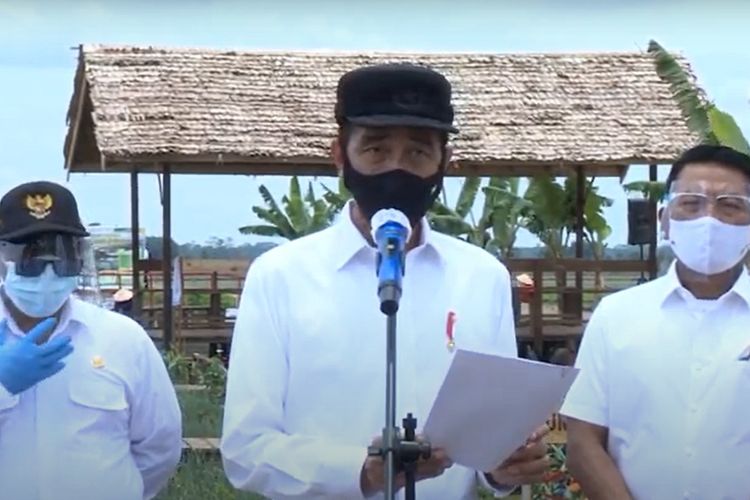 JAKARTA, KOMPAS.com – Indonesian President Joko 'Jokowi' Widodo will be visiting Central Kalimantan on Thursday to see the progress of the food estate development program, an official said on Wednesday.

“On Wednesday afternoon the President will depart to Yogyakarta [in Central Java] and will continue to travel to Solo [Central Java] by land,” said Presidential Secretariat Deputy Head of Protocol, Press, and Media Bey Machmudin.

“Later in the evening, the President and his entourage will return to Yogyakarta and will stay overnight in the Presidential Palace in Gedung Agung,” Bey added.

“On Thursday, the President is scheduled to depart for Palangkaraya in Central Kalimantan to visit the location of the national food estate program,” he said.

The protesters will march through the streets of Jakarta, including the State Palace. However, Bey said that President Jokowi’s working visit to Kalimantan was not meant to avoid the protesters.

“No, the President’s agenda to (visit) the food estate program location has been scheduled in advance. So, it has absolutely nothing to do with the rallies,” said Bey.

“The President is indeed concerned about the national food security as the FAO [Food and Agriculture Organization of the United Nations] has predicted that there is a risk of global food crisis due to the ongoing Covid-19 pandemic,” he said.