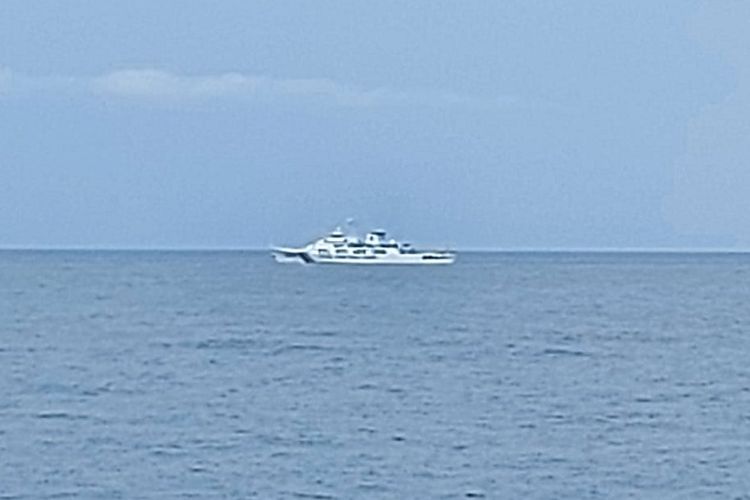 KOMPAS.com – Tensions resumed between Indonesia and China in the South China Sea, as the  Indonesian coast guard — Indonesian Maritime Security Agency (Bakamla) — intercepted a Chinese vessel entering Indonesian waters in the North Natuna Sea in the morning of Saturday,  September 12.

“We have sent the KN Nipah 321 to intercept the Chinese Coast Guard vessel hull number 5204 as it entered the North Natuna Sea, which is part of the Indonesian Exclusive Economic Zone,” said the Bakamla in a press statement.

“Radio communications between the two vessels indicated that the Chinese ship was reluctant to leave the area, which it maintained was in the ‘nine dash line’ part of Chinese territorial waters.”

The 1982 United Nations Convention for the Law of the Sea (UNCLOS) that is the basis of Indonesia’s waters does not recognize the Chinese ‘nine dash line’.

The Bakamla’s efforts to get rid of the Chinese ship still came up short as of Sunday, September 13. “[The Bakamla] is continuing to persuade the Chinese Coast Guard vessel to leave the North Natuna sea,” said Vice Admiral Aan Kurnia.

The Bakamla added that it consulted the Coordinating Ministry for Political, Legal and Security Affairs (Menkopolhukham) as well as the Ministry of Foreign Affairs to resolve the standoff.

The Chinese incursion into the North Natuna Sea, which overlaps the South China Sea, is the first to occur since January. The Indonesian military has also intercepted more than 30 foreign fishing trawlers in the area this year.

Indonesia and other Southeast Asian…