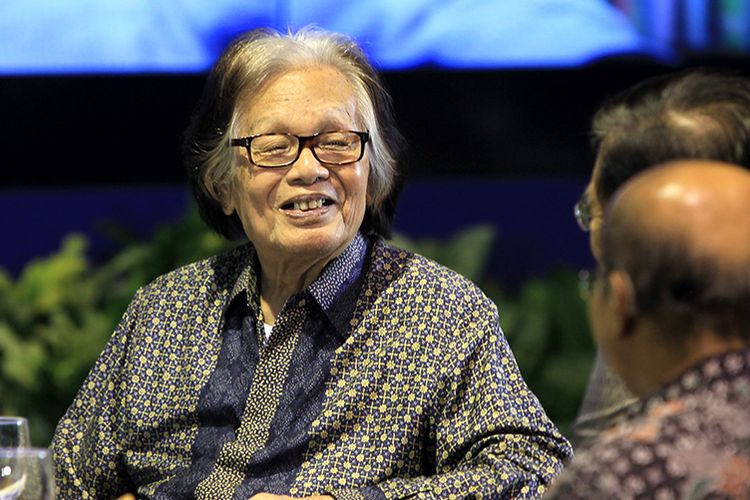 Lihat Foto
Kompas Gramedia founder Jakob Oetama passes away in Jakarta on 9 September 2020. He was seen in archival photo from June 2015(KOMPAS.com/KRISTIANTO PURNOMO)

JAKARTA, KOMPAS.com – Indonesian media has lost one of its pioneers — Kompas Gramedia founder Jakob Oetama who passed away today, September 9. He was 88.

Kompas.com reported that Jakob Oetama died at the Mitra Keluarga Hospital in Kelapa Gading, North Jakarta because of organ failure.

The website added that his remains will lie in state at Kompas Gramedia’s offices before he is interred at the Kalibata National Heroes Cemetery in Jakarta on Thursday, September 10.

Born in Magelang, Central Java on September 27, 1931, Jakob was a schoolteacher before he began a career in media and founded Kompas Gramedia on August 17, 1963 with his partner PK Ojong. They started off by launching Kompas and Intisari.

Jakob and Ojong split tasks at the outset, with the former overseeing the editorial aspects of the business and the latter in charge of business affairs. However, Ojong’s sudden death left Jakob in unfamiliar territory.

“I was forced to take care of the business aspects [of the media industry]. I have to admit I have no business management experience,” he recalled before his death.

“But I guess my greatest strength is in accommodating [others], and in modestly acknowledging that I do not know everything about the business.”

His humility kept him grounded and enabled him to build up Kompas Gramedia as Indonesia’s largest media conglomerate.

Bekasi Regent Dies of Covid-19 in...
Comments
There are no comments
Comment wisely and responsibly. Comments are entirely the responsibility of the commentator as regulated in the ITE Law
Thank You! We have received your report. We will remove comments that conflict with the Community Guidelines and the ITE Law.