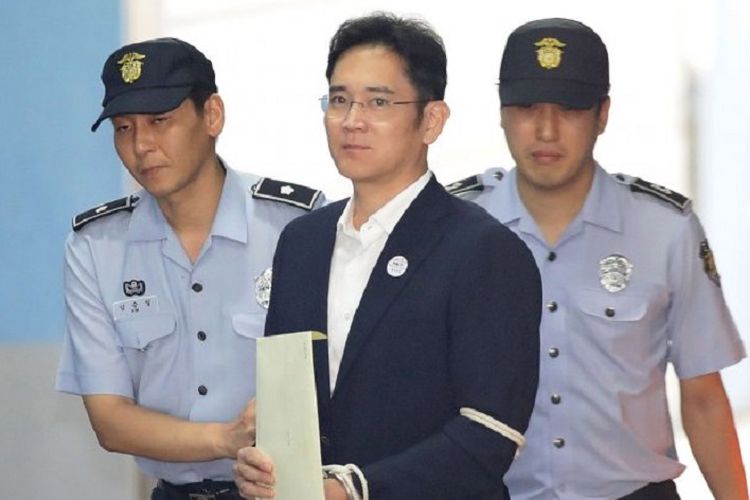 His case pertains to a controversial merger of two business units in 2015 that was viewed as a key step towards the heir to the Samsung empire's succession.

The indictment is the latest legal blow to the South Korean conglomerate.

Lee Jae-yong, vice chairman of Samsung Electronics, committed stock manipulation, breach of trust, and other offenses when two other subsidiaries, Samsung C&T and Cheil Industries, merged in 2015, the prosecutors said.

Lee and his subordinates had carried out "a systemic scheme to take control of the Samsung Group with the least cost", said the prosecution, by deploying "various unfair transactions" that damaged other shareholders' interests.

Lee is already separately being retried on charges of bribery, embezzlement, and other offenses in connection with the corruption scandal that brought down former South Korean president Park Geun-hye.

The businessman was not detained, but the charges are likely to prove a distraction as his firm seeks to navigate the effects of the coronavirus pandemic.

Samsung Electronics is the flagship…