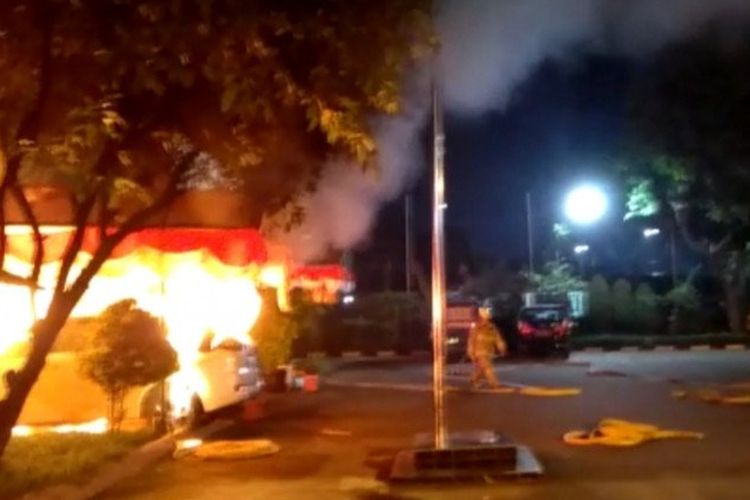 JAKARTA, KOMPAS.com – Indonesian Army Chief of Staff General Andika Perkasa has apologized for an attack carried out by his men on a police precinct in Ciracas, East Jakarta on August 29.

“We will dishonorably discharge the 12 military personnel behind the assault, including Private MI, the instigator of the attack,” Andika said in a press conference in Jakarta on Sunday.

“We also questioned an additional 19 men to determine their role [in the attack]. Our investigations find that their offenses warranted dishonorable discharges and other penalties.”

Andika added that the perpetrators will pay the medical costs for the two policemen injured in the attack, and the damages to the police station, nearby buildings, and vehicles.

“[The armed forces] would rather lose 31 soldiers than ruin their reputation by their irresponsible behavior, which does not reflect the oath that they took as soldiers,” he said.

“We also have mechanisms to ensure that they do not lie [under oath], destroy evidence, or obstruct justice in any other way.”

Jakarta military commander Major General Dudung Abdurachman also deplored the soldiers’ actions. “If they wanted to take action, they should have consulted their superiors instead of taking matters into their own hands.”

“They acted out of esprit de corps, especially after they heard the rumor that their comrade was injured and insulted.”

The incident occurred after Private MI claimed that he was beaten by a number of men who threw him off his motorcycle as he was going down the Ciracas area. However, police CCTV footage showed that the accident was a mishap of his own making. Relations between the Indonesian military and police are periodically marked by conflicts since both institutions were split following the Reformasi era in 1998.