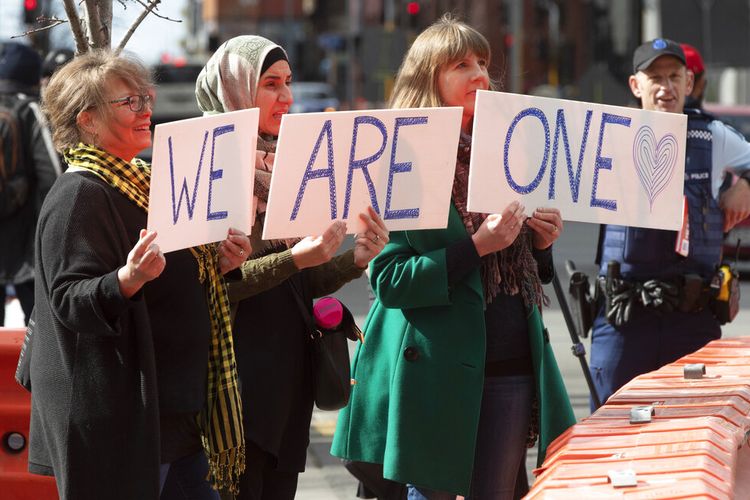 Lihat Foto
The white supremacist responsible for the Christchurch mosque attacks in New Zealand has been handed a life imprisonment sentence without parole. (Mark Baker)

"It doesn't bring our son back but it ends this chapter."

The crowd of supporters outside the court was organized by Christchurch's Student Volunteer Army, which was founded as a community help organization following the devastating 2011 earthquakes in the city that killed 185 people.

Its Chief Executive Sam Johnson said they wanted to "do something nice" for the Muslim community.

"You can see all New Zealanders here and many people supporting us and that is what makes us stronger and stronger," said Ahmede Yesuf, who was wounded at Al Noor.

"The sentence is the strictest that can be handed down in this country," Coster said.

But he deflected a question about whether there could be other potential terrorists in the community who, like Tarrant, had no criminal record and were not on any intelligence watchlist.

Coster said the official inquiry into the Christchurch mosque massacre was yet to be completed "and obviously there might be some findings and learnings from that and we're ready to receive any recommendations. We continue to work as vigilantly as we can."