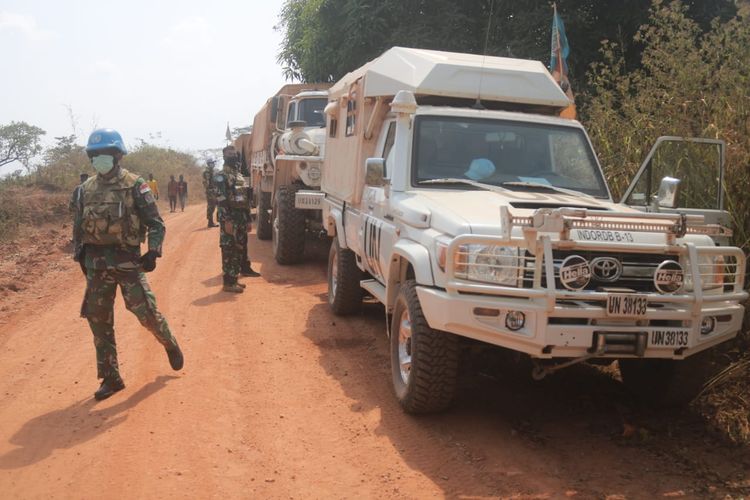 “I would like to extend my sincere appreciation to the Indonesian people wherever they are for their achievements in the United Nations peacekeeping mission,” Mahfud said in a statement on Monday, August 17.

Moreover, he said, the news came when Indonesia was celebrating its 75th independence day.

“This achievement is certainly not easy. It requires perseverance, especially when dealing with a different climate in Africa,” he said.

He said that of the militiamen who surrendered, some were combatants of the Democratic Forces for the Liberation of Rwanda (FDLR). They were among the most wanted people by the Congo’s apparatus.

The peacekeepers — members of the Indonesian Military’s Garuda Contingent XXXIX-B Rapidly Deployable Battalion (RDB) or MONUSCO — managed to get 32 people under the Aigle Alleluya armed group to return to the fold of the law.

Led by Kalinde Takataka Rodantien, the group laid down their weapons, including 20 pieces of AK-47, 8 bows, and 15 arrows.

The handing over process was led by Deputy Commander of the Indonesian Military’s Garuda Contingent XXXIX-B RDB, Major Hadrianus Yossy S B, who represented his Commander Colonel Daniel Lumbanraja on Friday, August 15 in the forest of Lukengwe Village in Tanganyika Province.

“This is not a mere…