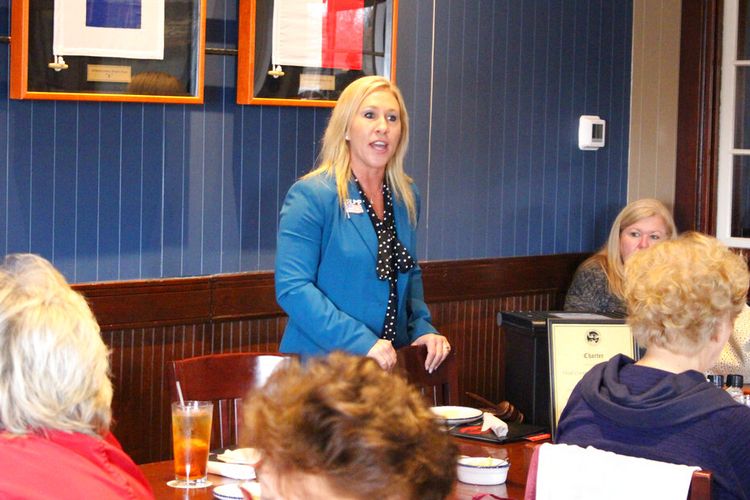 Marjorie is a businesswoman who faced criticism for a series of racist comments but managed to secure the nomination for Georgia’s 14th Congressional District.

She beat out contender John Cowan, a neurosurgeon, in a primary runoff for the open seat on Tuesday.

“WE WON! Thank you for your support! Save America. Stop Socialism,” Greene tweeted late Tuesday.

A video posted to her Twitter account of her victory party showed a room full of supporters gathered closely together. Few, if any, wore face masks to protect against the coronavirus.

In a victory speech posted to social media, Greene said she decided to enter politics because the country is heading in the wrong direction.

“So the Republican establishment was against me. The DC swamp has been against me. And the lying fake news media hates my guts,” she said. “Yep, it’s a badge of honor.”

She has amassed tens of thousands of followers on social media, where she often posts videos of herself speaking directly to the camera.

Those videos have helped propel…