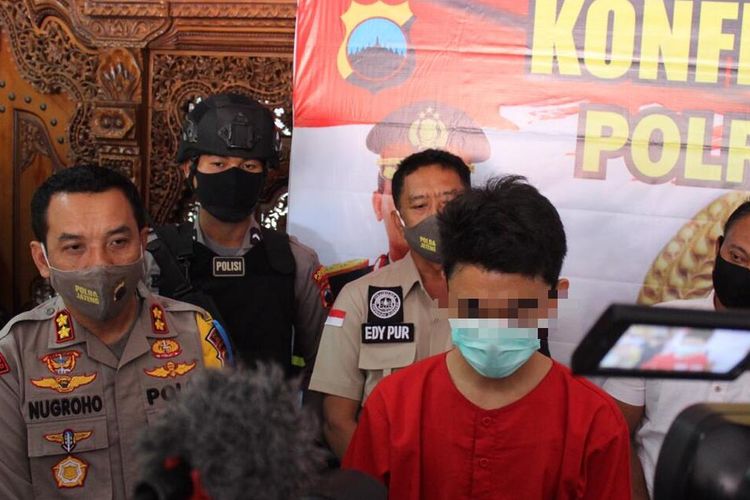 “[We] nabbed Franky Ervan Setiawan at his home earlier this week, after we received a tip that 6.1 kilograms of dried marijuana is headed [to Jepara ]from Makassar, South Sulawesi” said Police Brigadier General Benny Gunawan, head of the Indonesian National Police's BNN branch in Central Java.

“It turned out that [Franky] was the recipient of the contraband. He admitted to using the substance, which is worth Rp. 1.2 million, as an ingredient for the brownies.” Benny added that the evidence included five brownie batches that were ready to be sold.

Benny noted that the former bartender took advantage of social media to sell his contraband. “[Franky] sold his brownies for Rp. 400 thousand [$27.34] per box through his Instagram account @420_desserts,” he said.

Franky admitted to making and selling the illicit brownies for over four months. He also confessed to selling his illegal confectioneries, which he marketed under the name Brownies Ganja, to customers in Jakarta, Semarang and other cities.

“I learned how to mix the brownies and dried marijuana on YouTube,” the 24-year-old said. “I found that eating a slab of marijuana brownie can get you the same relaxing high as smoking it.”

If found guilty, Franky faces between four and 12 years behind bars. The police also urged the public to cooperate in finding out drug offenders, especially peddlers like Franky who use innovative ways to sell their wares, such as marijuana brownies.

Indonesia is known for its inflexible stance on marijuana and other drugs, whether for recreational or medical purposes. Drug smuggling and other narcotics related offenses carry the maximum sentence of the death penalty.