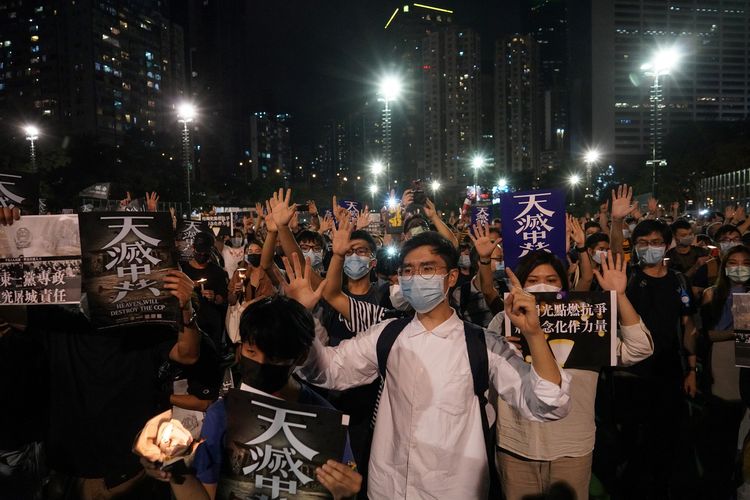 They voiced their commitment on Friday following a slew of underwhelming news this month.

Beijing has undertaken more attacks against democracy advocates in Hong Kong since communist China imposed a sweeping national security law on the city in June.

The move has been described by China’s leaders as a "sword" hanging over the head of its critics.

The ensuing weeks have radically transformed a city used to speaking its mind and supposedly guaranteed certain freedoms and autonomy in a "One Country, Two Systems" deal agreed ahead of its 1997 handover from Britain.

In some of the most significant developments since the law was enacted, a dozen democracy activists on Thursday were barred from legislative elections due to be held in September.

"Our resistance will continue on and we hope the world can stand with us in the upcoming uphill battle," Joshua Wong, one of the city's most recognizable democracy figures, told reporters Friday.

Wong was one of those disqualified alongside other young firebrand activists and some older, more moderate democracy campaigners.

"Beyond any doubt (this) is…