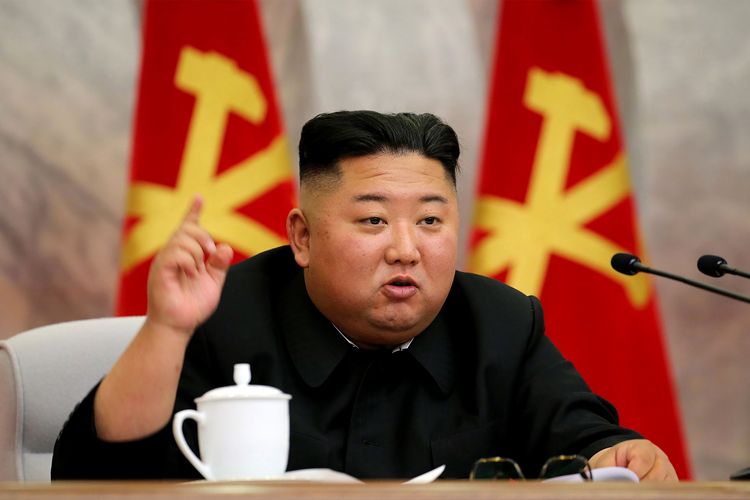 Lihat Foto
North Korea has tightened measures against the Covid-19 virus in what could be the country?s first publicly confirmed coronavirus case.(AFP/KCNA VIA KNS/STR)

SEOUL, KOMPAS.com – North Korea has tightened measures against the Covid-19 virus in what could be the country’s first publicly confirmed coronavirus case.

As part of tougher restrictions, North Korea locked down the town of Kaesong to contain the spread of the novel virus.

Strict quarantine rules and the screening of districts have also been introduced.

The measures were put in place after North Korean leader Kim Jong Un declared an emergency on Sunday.

A returnee from South Korea is suspected to have carried the Covid-19 virus that prompted Kim Jong Un’s emergency calls.

North Korea had reported testing 1,211 people for the virus as of July 16 with all returning negative results, the World Health Organization (WHO) said in a statement sent to Reuters on Monday. The report said 696 nationals were under quarantine.

Primers and probes for machines capable of facilitating 1,000 tests have arrived in North Korea, WHO said.

There are 15 laboratories designated to test Covid-19 in the country.

North Korea has a limited healthcare system with hospitals that lack adequate electricity, medicine, and water.

It has long depended on…