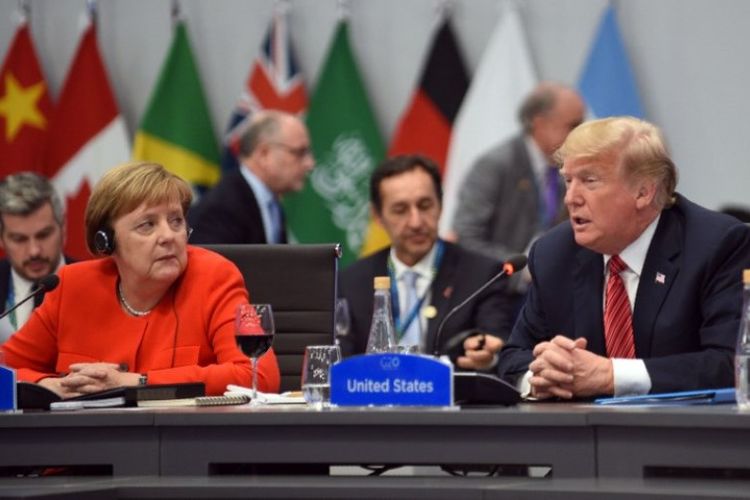 In 2016, Beijing destroyed supermarket operator Lotte's business in China after the conglomerate sold a plot of land in South Korea to the government for an anti-missile system over Chinese objections.

Washington is unhappy with South Korea’s desire to ease sanctions on North Korea to encourage disarmament and uneasy about its use of Huawei technology.

Trump complains about the cost of stationing 28,500 US troops in South Korea to protect against North Korean threats. A cost-sharing agreement expired in 2019 without a replacement.

The US-Chinese row “has thrown a question to South Korea" about which side to choose, the newspaper Dong-A Ilbo said in an editorial Monday.

"Sooner or later we will be forced to provide an answer, no matter how hard we tried to avoid it,” the newspaper said.

Prime Minister Narendra Modi has tried to embrace both Chinese President Xi Jinping and President Donald Trump, but the pandemic and a border clash that killed at least 20 Indian soldiers have fueled anti-Chinese sentiment.

Protesters have called for boycotts of Chinese goods and burned Chinese flags. They applauded the government’s ban on the popular Chinese video-sharing app TikTok and some other Chinese apps.

Washington wants stronger ties with India and supported its controversial move a year ago to split its only Muslim-majority state, restive Jammu and Kashmir, into two federally controlled territories.

This month, White House Chief of Staff Mark Meadows said the United States would stand up to China on the Indian border dispute.

“For India it is opportune…