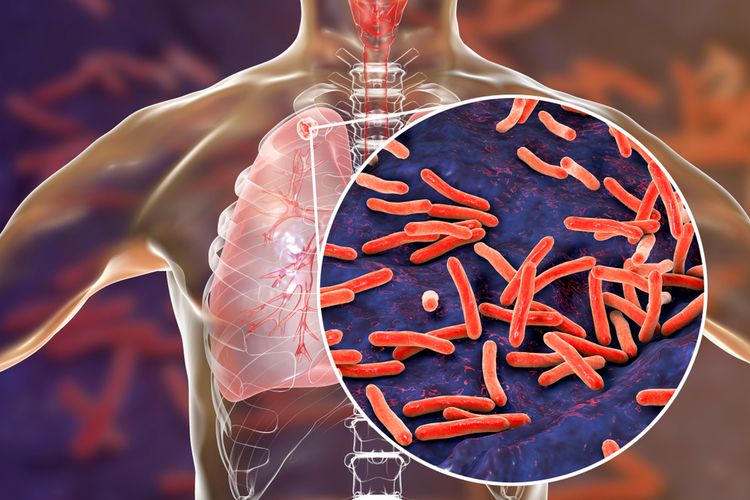 Lihat Foto
An illustration of TB(Shutterstock)

JAKARTA, KOMPAS.com - President Joko Widodo has warned about the continuing danger of tuberculosis to Indonesia as the country battles the spread of Covid-19.

“Indonesia has the world’s third-largest number of people with TB after India and China,” Jokowi said during a cabinet meeting live-streamed on the Presidential Secretariat’s YouTube channel on Tuesday, July 21.

“TB remains one of 10 contagious diseases with a high mortality rate. Its fatality rate is even higher than HIV/AIDS,” he said.

Jokowi noted that progress has been made against TB as death rates from the disease fell from 117,000 in 2017 to 98,000 in 2018. But he warned that tuberculosis still poses a multi-dimensional danger to Indonesia.

“Seventy-five percent of TB cases are between the ages of 15 and 55 when they are at their most productive,” he said. “We need to beware of [this fact’s] ramifications.”

Jokowi raised the possibility of using aggressive tracing methods to simultaneously detect Covid-19 and TB cases nationwide. He vowed to issue government regulations to detect cases and ensure medical supplies for the disease.

“Our methods in mitigating Covid-19 should also [be applied] to TB, as it is still a major concern,” Jokowi said, calling on state officials and other related stakeholders to tackle TB with the same urgency as Covid-19.

He added that he would enact presidential or government regulations, if necessary, to detect TB cases and ensure a steady supply of medication.

The recent reallocation of resources…