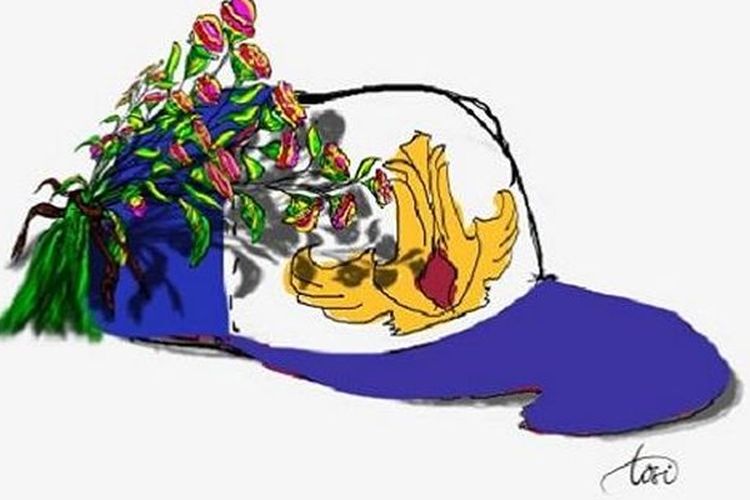 Lihat Foto
An illustration of the junior high schools cap in Indonesia. (DRI)

“Yes, it is correct,” Acting Head of Indragiri Hulu Education Agency Ibrahim Alimin confirmed the mass resignation to Kompas.com on Wednesday, July 15. “A total of 64 principals of government junior high schools have resigned.”

Ibrahim said six principals representing all government junior high schools in Indragiri Hulu regency in Indonesia’s Riau Province came to his office to hand their resignation letters in a folder.

“During the audience, they presented their resignation letters. As the education agency head, I was surprised because we have just started the school year on July 13, 2020 amid the Covid-19 pandemic,” he said, adding that there were some student report cards and certificates that needed to be signed.

Ibrahim said the resignation had a connection to their task in managing the government-led school operational aid (BOS). The school principals felt they were disturbed by individuals when managing the assistance funds.

“They don’t manage a big amount of money as some schools receive the annual funds of $3,800, others receive $3,600, while some get $13,600. They were allegedly disturbed by NGOs and other individuals. So they would prefer to become ordinary teachers,” Ibrahim said.

“They have done the right thing and have no intention to be party to any misappropriation, but they still got the blame,” Ibrahim said.

Meanwhile, the resignation was also confirmed by the Head of Inspectorate Office at the Indragiri Hulu regency Boyke Sitinjak.

Boyke said he will hold a meeting with the principals to find out the reasons behind their resignation and escalate the matter. Boyke said he has not received details of the resignation.

“But there’s an allegation that…

Japanese Fashion Designer Issey Miyake Dies...
Comments
There are no comments
Comment wisely and responsibly. Comments are entirely the responsibility of the commentator as regulated in the ITE Law
Thank You! We have received your report. We will remove comments that conflict with the Community Guidelines and the ITE Law.