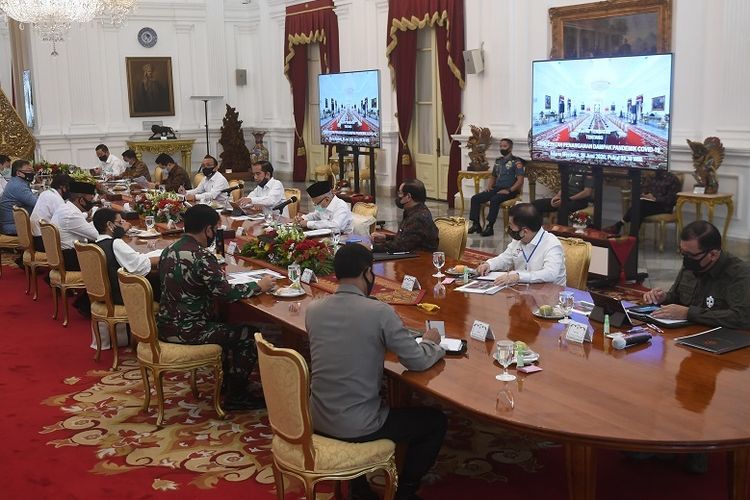 JAKARTA, KOMPAS.com – The Indonesian public is starting to have their say on the government’s checkered record in handling Indonesia’s Covid-19 crisis, after President Joko Widodo threatened to reshuffle his cabinet in mid-June.

Indonesia Public Opinion survey body director Dedi Kurnia Syah said that the public is receptive to the prospect of a cabinet change.

In an online discussion on Saturday, July 4, he said “72.9 percent of our respondents viewed reshuffling President Jokowi’s cabinet as necessary.”

“This number is far more than the 22.4 percent [of respondents] who disagree and another 4.7 percent who abstained.”

While Dedi noted that the ministers highlighted in the poll included holdovers from Jokowi’s first term, most are actually new faces in the cabinet.

Justice and Human Rights Minister Yasonna Laoly topped the list of cabinet members least favored by survey respondents, with 64.1 percent of them calling for his removal in the reshuffle, Dedi said.

“Health Minister Terawan Agus Putranto is second, with 52.4 percent of respondents calling for his removal, while Labor Mininster Ida Fauziah is third with 47.5 percent urging her to be reshuffled.”

Aside from Terawan, other newcomers in the survey include high profile faces like State-Owned Enterprises Minister Erick Thohir (18.4 percent) and Culture and Education Minister Nadiem Makarim (13 percent).