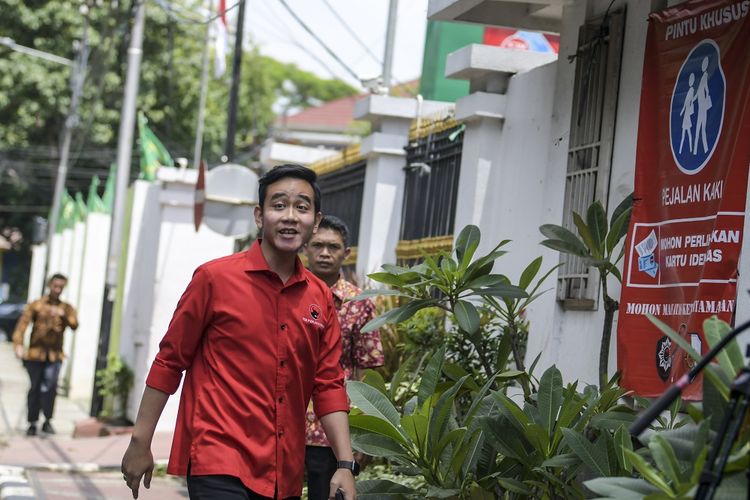 Gibran leads Purnomo, 99 percent to 94 percent, in the poll that was held for a week from June 14 to June 20. The poll has shown Gibran’s popularity soars in his hometown over Purnomo.

Both mayoral hopefuls are backed by the ruling Indonesia Democratic Party of Struggle (PDI-P).

“My sincere thanks to all the people in Solo for the assessment you have given me in the survey,” Gibran told reporters in Solo, Central Java on Tuesday, June 23.

Gibran, who is also an entrepreneur, said that the result of the survey has motivated him even more to help Solo residents who are affected by the coronavirus.

"The popularity of Gibran and Purnomo is high as they have secured 99 percent and 94 percent, respectively. Each managed to get over 90 percent. It is more than what is needed by a candidate to run for a regional head, which is 80 percent," Director of Solo Raya Polling Suwardi told a press conference in Solo, Tuesday, June 23.

Suwardi said the survey, which aims to measure public opinion, was carried out by showing photos of the six famous people to get the public perception.

The voting day of the 2020 simultaneous regional elections, including Solo mayoral elections, has been rescheduled to December 9 from its initial schedule in September due to the coronavirus.

Solo, Central Java is the President Jokowi’s hometown, where he was elected the city’s mayor in 2005.

Indonesia Highlights: Jakarta to Apply Enforced...
Comments
There are no comments
Comment wisely and responsibly. Comments are entirely the responsibility of the commentator as regulated in the ITE Law
Thank You! We have received your report. We will remove comments that conflict with the Community Guidelines and the ITE Law.